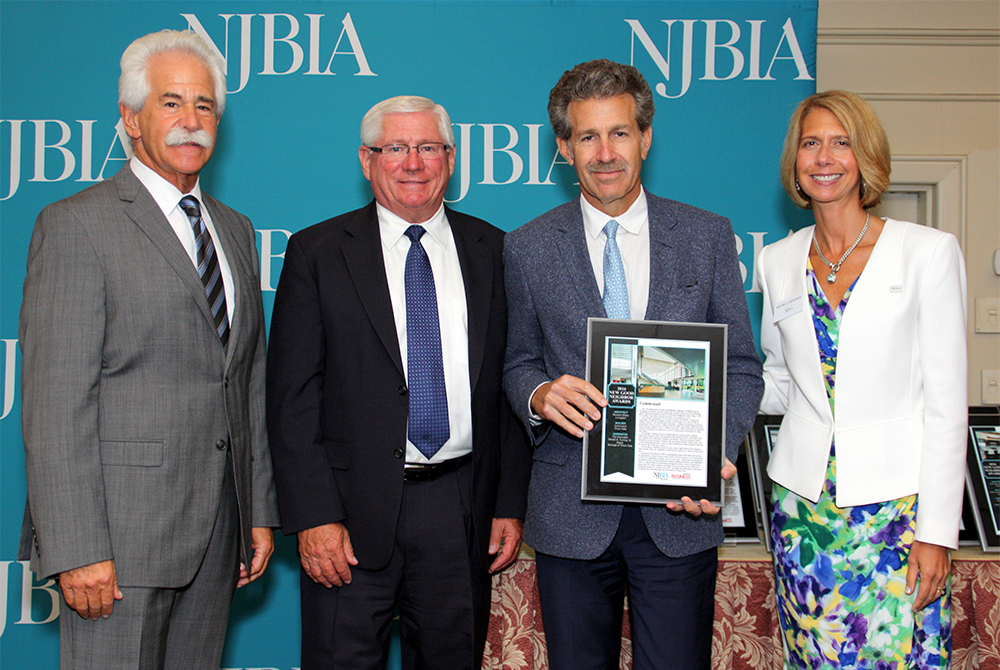 NJBIA NEWS, July 15,2016—Phase One of Commvault’s new world-class headquarters at Fort Monmouth, which has boosted  ongoing redevelopment at the former Army base, was recently honored with a 2016 New Good Neighbor Award from the New Jersey Business & Industry Association (NJBIA) and New Jersey Business magazine.

NJBIA President and CEO Michele Siekerka and NJBIA Board of Trustees Chairman Matt Wright presented the award to Lance Blake, president of Rotwein+Blake, the Livingston architectural firm that designed the project. The 2016 New Good Neighbor Awards reception was held July 15 in Edison.

“We all know New Jersey’s economy is on the upswing and no competition showcases that fact more than this one recognizing the best and most exciting commercial and industrial projects in New Jersey,” Siekerka said. “The companies whose hard work and vision created these award-winning projects truly are New Good Neighbors because they invest in their communities, create jobs, and provide valuable products and services.”

When all construction phases are completed, the three buildings will total 650,000 square feet, allowing Commvault to create up to 2,000 new jobs for the state. The project is a big boost to the Fort Monmouth Economic Revitalization Authority’s efforts to create new jobs and grow the local economy by redeveloping the historic site.

Presented by NJBIA and New Jersey Business magazine, the New Good Neighbor Awards annually recognize the best and most exciting renovations, expansions and new developments in the state. Fourteen winners were chosen this year by an independent panel of judges based on economic benefit and job creation, architectural merit and community involvement.